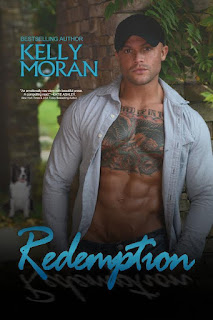 "He's not the hero she thinks he is...
Nathan Roldan's mistake got a fellow comrade killed, and a deathbed promise to take care of the guy's sister lands him in Wyoming with the hope of redemption. But he wasn't expecting...her. Beautiful, witty, and sweet, Olivia Cattenach is everything he doesn't deserve. Born a nothing, he'll die a nothing. Though guilt is a living thing, temptation is too hard to resist. Somehow, she's unleashing his restraint and unearthing feelings he buried long ago. He wants her. More, he's worried he needs her. She's trying to save him, but when she learns the truth, he'll lose the only happiness he's ever known."
#teamKruse #Krusehasyoucovered #coverreveal
Posted by Night and Day Book Blog at 8:30 AM