From the writer of “Areion Fury MC” & “Broken Deeds MC” Esther E. Schmidt is proud to introduce her third MC series; Wicked Throttle MC. The novella, “Corban”, will be kicking off this whole new series.

There’s a legend amongst members of the Wicked Throttle MC. Something that’s rooted deep into their DNA. None of the younger generation believes it, that is, until the first one falls. Once a soul finds its other half, there is no going back. Only one option; Love and claim at first sight.


Who would have thought that getting found in a compromising position would lead to the white picket fence dream? Not Corban, that’s for sure. But he doesn’t have to think twice before he embraces his future as he experiences first-hand that the Wicked Throttle legend is undeniable.


In a town where lives crisscross and information flows, it won’t take long for danger to come crawling to the surface. Stepping up for what’s right is rooted deep into a man’s heart but for the right woman, A Wicked Throttle biker will move heaven and earth to protect what’s his.


Lust tangles with love and sparks a deep connection, but will it be enough to go up against everything life throws in the way? Or will everything fall apart? Dive into the lives of the members of Wicked Throttle MC and see how they let love ride their hearts.


***Previously published in the "Nuts About You" Anthology*** 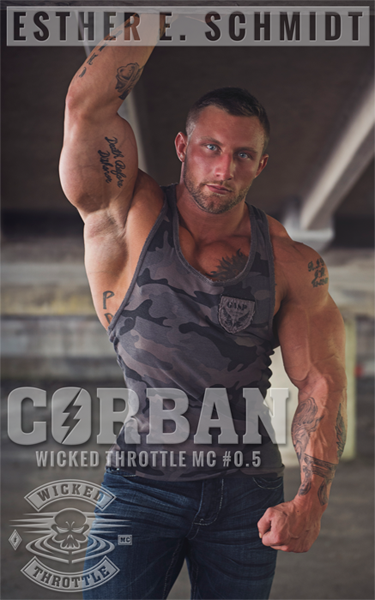