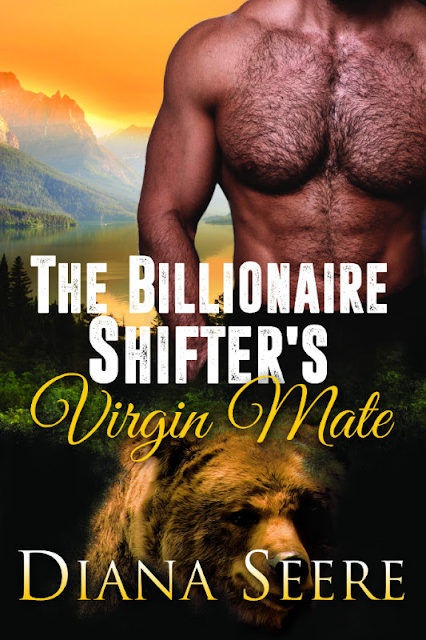 
99c SALE!!! The Billionaire Shifter’s Virgin Mate by Diana Seere is on sale for a limited time!!!

“If you like billionaires, shifters, love, and sexy, sexy men, read this book” ~ Goodreads reviewer

McDermott "Derry" Stanton is an old-money playboy who sleeps his way through half the world, one willing woman at a time. A bear shifter, he never hibernates alone. Sometimes even one woman isn't enough. But when this irresistible billionaire meets Jessica Murphy, everything changes. The man who views life as a female feast suddenly acquires more discerning tastes. The only woman who can satisfy him now...

Is Jessica Murphy. He must have her. Immediately. Frequently.

Jess, however, doesn't want any man, least of all a spoiled playboy who's about to become her brother-in-law. A pre-med student with deep ambitions and a past filled with painful rejection, she's all business.

Too bad Derry Stanton is her business. A frequent customer at the Platinum Club where she waits tables, and now the best man to her maid of honor in her sister's wedding, the guy is everywhere. And pretty soon, she finds herself everywhere, too. In his arms, on his bed, between the sheets....

But sex is the last thing she needs.

Or it was until she meets Derry and starts hearing the Beat. And feeling a connection she'd never imagined, never dreamed, never hoped for.

It's all too unbearably good.

Posted by Night and Day Book Blog at 6:19 AM