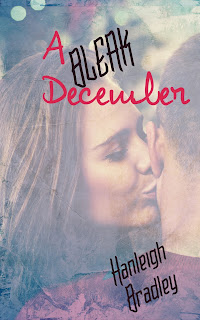 Blurb:
Her Christmas list isn't long. It is the shortest it has ever been. She doesn't want a pretty new pair of shoes or a new dress to wear to her work's New Years Eve bash.

All Ella wants is a Christmas Miracle.

With a sick mum in hospital and a little brother at home, she struggles to maintain order in the chaos that is quickly engulfing her. If she doesn't get her miracle will her entire world fall apart? And if it does, who will help her put it back together again?

He’s my boss. That doesn’t stop me though. It doesn’t stop my mind from picturing him naked standing in my shower, water cascading down over his toned, muscular flesh. No. It doesn’t stop my inappropriate thoughts, and it definitely doesn’t stop me having them at the most inopportune of moments. It’s not like I just think about him when I’m lying in bed late at night. No, I fantasise about him during staff meetings, when he’s being a pain in the arse bossing us all around and when he’s reprimanding me yet again for being late.

Do you want to know the worst bit? It’s not the thoughts. I can deal with my dirty mind; it’s always been that way. Dirty thought after dirty thought, wrapped in a world of dirty thoughts. No. The thoughts are fine; it’s the things that come out of my mouth. The actual words that I apparently have an equal lack of control over. Like right now, the whole room has gone silent in shock because of my stupid, big mouth. As if I just said that. I can feel my cheeks redden with embarrassment and my best work friend is laughing under her breath beside me. The bitch.

Tristen had asked me why I was late. It was a reasonable enough question but why, oh, why couldn’t I give him an equally sensible response??? No. Instead, I only went and gave him the most ridiculous cock and bull story known to man.

“Why are you late?” Tristan Riggens, my boss had asked in that deep, authoritative, yet almost disrespectfully uninterested voice of his. It’s a voice that threatens to destroy you while drawing you in, keeping you walking some imaginary tightrope.

“My dog ate a condom.” Why that sentence made it passed whatever filter I have, I will never know. Sometimes my mouth does unexplainable things, embarrassingly unexplainable. It’s a problem I’ve had since childhood and it shows no sign of improving.

The room goes silent, but he doesn’t react at all. His face remains expressionless except I think I can see humour in his eyes, or at least I hope I do. He’s not exactly easy to read and right now I really have no idea what he thinks. “Well, I hope your dog is okay now.”

“He’s absolutely fine.” I’m probably the colour of the Christmas tree in the corner. I think I might throw up my breakfast from the sheer embarrassment that I now feel.

“Someone should call the RSPCA.” A voice says from somewhere behind me.

“You might want to reconsider where you stash your condoms.” Another of my colleagues laughs.
My best friend, the one who’s supposed to be on my side is in fits of hysteria. In fact, she’s laughing so hard she’s close to choking. I hope she chokes.

“Okay.” Tristen tries to divert their focus from me and my condom eating dog, back to the meeting.

“New Year – we’ll be having an office party.”

If he thinks talk of a party might divert their attention from my poor imaginary dog, he is wrong and he clearly doesn’t know his team that well. “How on earth did your dog get a hold of a condom?”

“Did it still have the foil wrapper on?”

I’m shrinking into myself. Massively embarrassed. Eyes on the floor. Cheeks burning hot. Head pounding. Heart palpitating. How the hell will I get out of this one? I have an uncanny knack for getting myself into a bit of a pickle and absolutely no skill at getting myself back out again. “That’s enough – I’ve heard more than enough about condoms and dogs for one day. Back to work.” He’s shaking his head as he dismisses us all before leaving the open offices of our floor of the TRW Advertising building. Walking into his office, he closes the door behind himself. Lucky sod. At least he has a door he can hide behind.

“Fuck.” I say under my breath.

“Only you Ella.” Sadie laughs beside me. “I don’t know how you do it.”

“I know.” I’m groaning in mortification. “We should get back to work before Tristen gets all shitty.”

“Or worse,” Sadie whispers, “Delos might come out of her office and have at us.”

“That’s not true.” I laugh gently. The door to Tristen’s office opens once more, and he pops his head out. “Winthrope. Reed. Do I need to find you something to do?”

“No sir.” Sadie nods her head before turning back towards her cubicle.
I move to follow her, but Tristen is still talking. “Winthrope, in here please.”

“Shit.” I grumble before following him into his office. This is the moment when he finally tells me that enough is enough and I need to start being on time, or worse look for a new job. The new job scenario is probably more likely. My tardiness is my biggest failing. I’m lucky I haven’t already lost this job.

He’s sat behind his desk; calm and composed in a way I have never been. He motions a hand towards the leather chair in front of him, and I take it gratefully because my legs are like jelly. My mouth is practically glued shut because I can’t trust myself not to say something completely absurd. His eyebrow is raised. “Your dog ate a condom?”

“Yes.” My sister Tia says when you lie you have to own it.

“Have you taken him to the vets?”

“No. He… he just coughed it up.” I tell him, desperately hoping that he doesn’t see through my lies.

“You do need to make a better effort to be on time for work in the morning.”

“Sorry Sir.” I tell him honestly. It’s not exactly news to me that I need to get my shit together. 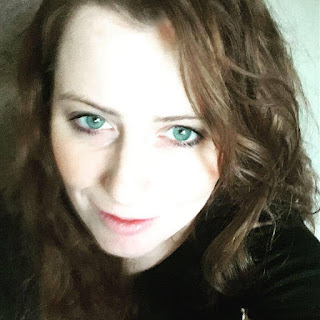 About The Author:
Hanleigh loves books more than nearly anything in the world; whether its reading them or writing them, Hanleigh just can't get enough. She relishes in the way authors can create worlds with the words they put in their books. She loves the way your imagination introduces you to a new world when you read a book. It may well be a world completely foreign to the one you live in. That world is brought to life; inspires you to dream, captivates your imagination, entices your senses.

Although born in Scotland, she sometimes wishes she could live inside the world that she can create inside her mind, but since that isn't possible she puts pen to paper and shares that world with this world instead. There is something addictive about being able to mould your words into something that causes the reader to fall into your mind. When you put pen to paper and create a world, it's exhilarating. Every word has meaning. You know every character intimately. You know every secret, every whisper, every smell, every look; as the author you know the world you created and more so than even the most avid of readers you can get lost in your own creation.

Posted by Night and Day Book Blog at 9:09 PM