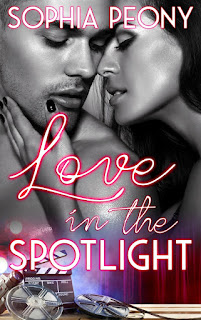 Love in the Spotlight

Hollywood’s biggest star and a product of Hollywood legends.
Connor needed the right actress for his new movie. He didn’t want the hottest or most popular actress, he wanted the perfect one and Judith was the perfect woman for the role. This movie was his baby and Judith was his star. He just needs to remember to keep his hands off of her. He didn’t want another relationship in the spotlight.

Product of two people who needed to divorce.
Judith was ready to throw her towel in for her Hollywood dreams but not without a last hurrah. She took a chance and it paid off. She, Judith Roux, a relatively unknown actress, daughter of a porn film maker, and stepping stool for A-list celebrities was going to star in a movie with Connor-Freaking-Knightly. She wasn’t just going to star in the movie with him; she was going to be the star.
#SophiaPeony #loveinthespotlight #bookone #spotlightseries #animalaid #charity #mustread #primrosepassage #romance #contemporary #books
Amazon: https://www.amazon.com/dp/B0775XR8ZW
Goodreads: https://www.goodreads.com/book/show/36568035-love-in-the-spotlight
Proceeds go to Animal Aid:  https://animalaidunlimited.org/ 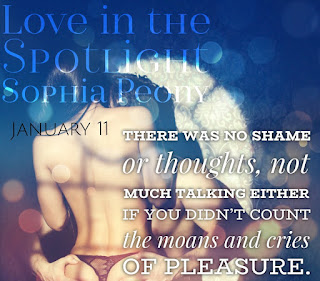