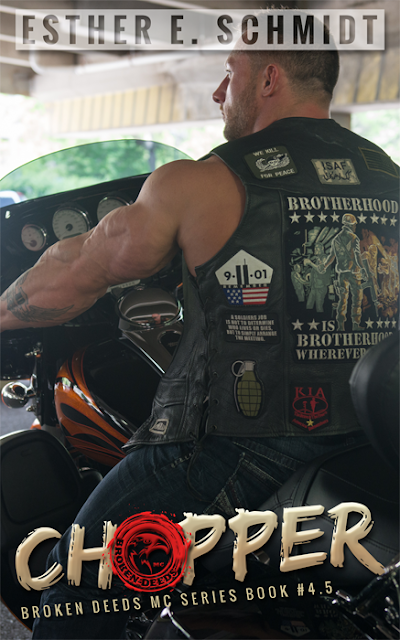 LIVE: “CHOPPER” BROKEN DEEDS MC #4.5
Title: “Chopper”
Series: Broken Deeds MC #4.5
Author: Esther E. Schmidt
Cover Design: Esther E. Schmidt
Cover model: Kevin James
Photographer: FuriousFotog, Golden Czermak
Release Day: July 2, 2018
books2read.com/Chopper
Some scars run deeper than healed wounds on the body. Memories can be a tricky thing; they can be special or traumatic, especially when you have no control over the trigger. When
they hit, they can hit hard.
When Chopper ends up in the ER, the memories start and the only thing that soothes his pain is a woman from his past that holds special meaning. Ivy fights for her patients, but  when her teenage crush lands in her ER she is forced to handle her scalpel in a whole different way.
Life is a constant struggle and it can be difficult to realize that one tiny moment in time can be just the change you need. Nothing is more difficult than fighting an inner battle, one that
has branded scars into pieces of your soul. Will Chopper allow Ivy into his fight? Or will he continue to face his battles alone?
***Previously published in the "Help Our Heroes" A Military Charity Anthology***

Add to Goodreads:goodreads.com/book/show/37841297-chopper
Chopper can be read as a complete standalone.
But if you&#39;d like to know all the characters for a greater reading experience: 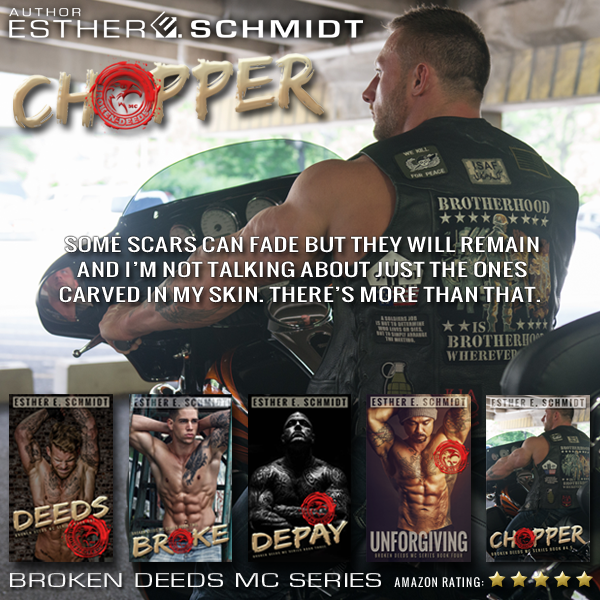