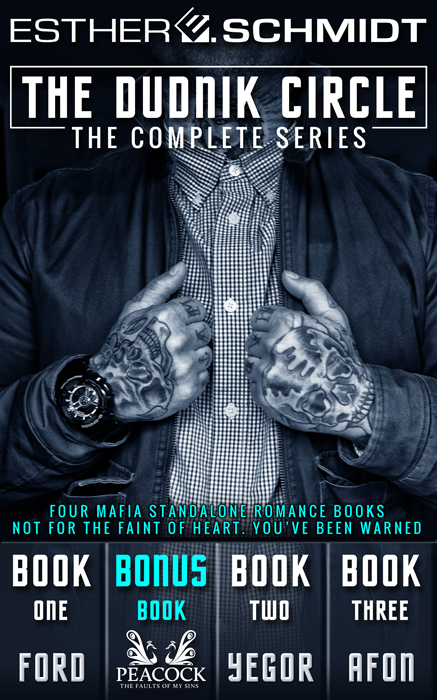 THE COMPLETE DUDNIK CIRCLE SERIES
The Complete Dudnik Circle Series (Mafia Romance 4-Book Box Set). Four full, standalone, mafia romance books. Be sure to snatch it up quick for half price $4.50 before the price increases to $8.99 three days after release!

Four dark, intense, standalone romance books. Not for the faint of heart, you've been warned.

"Ford" The Dudnik Circle #1
Violent, dirty-talking Ford is a force to be reckoned with — and when he accidentally abducts beautiful Justice, he’s determined to claim her as his own… A scorching, kinky romance!

"Peacock" (The Faults Of Our Sins)
As a favor for a friend (Ford), alpha male Peacock agrees to tame a feisty woman — but little does he know that making her his submissive will lead to a sizzling connection…

"Yegor" The Dudnik Circle #2
After being kidnapped, Ruby is rescued by a dark stranger — but her new captor is determined to claim her for himself… A kinky, intense page-turner!

"Afon" The Dudnik Circle #3
Two dark souls struggling to come together and find their light as a couple — but multiple enemies will do anything to prevent them from having their happily ever after …a heartbreaking, sweet, violent romance! 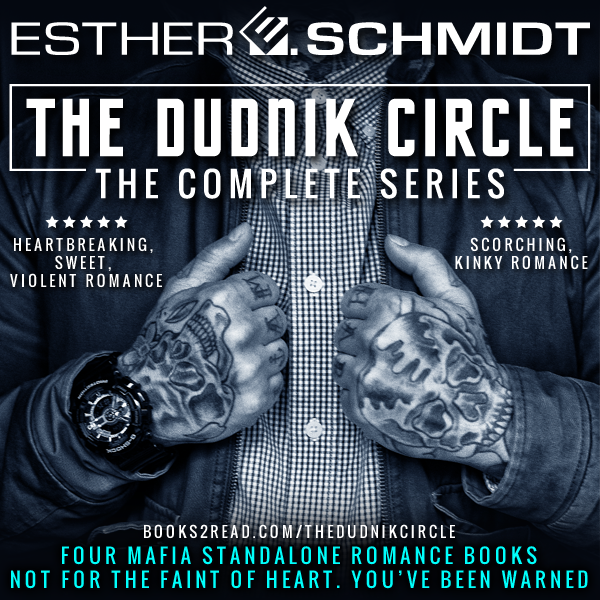