Three words Antoine swore he'd never associate with me. It isn't easy falling
for your older brother's best friend, especially when he's a sexy as hell,
hard-headed, over-protective alpha male. Unfortunately, he still treats me like
the little sister he never had.

When a topless picture of me hits the front page of a tabloid site, I get a
whole crop of stalkers and weirdos. The only man I know who can keep me safe is
Antoine Boucher. This time I won't make it easy for him though.

Robe that accidentally opens for a peep show...

Three words I should never associate with Kristen...but I do. It's wrong, of
course. Not only is she my best friend's baby sister, but I'm not exactly the
kind of guy who takes girls home to meet my mother. Just ask my exes.

My mom, however, would be ecstatic if I brought home a girl. Especially since
my eccentric grandfather came up with this crazy scheme to get me to marry and
produce an heir in order to inherit his billion dollar fortune. Mom is nagging
me to go for it, but no thanks. I don't need Grandpa's money. I have plenty of
my own.

When a freak breaks into Kristen's apartment--nude--I know what I have to
do.

Keep my hands to myself.

Make sure my meddling mom never learns about the situation. 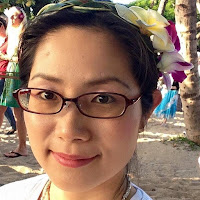 New York Times and USA Today bestselling author Nadia Lee writes sexy,
emotional contemporary romance. Born with a love for excellent food, travel and
adventure, she has lived in four different countries, kissed stingrays, been
bitten by a shark, ridden an elephant and petted tigers.
Currently, she shares a condo overlooking a small river and sakura
trees in Japan with her husband and son. When she’s not writing, she can be
found reading books by her favorite authors or planning another trip.
Stay in touch with her via her website, http://www.nadialee.net, or her
blog http://www.nadialee.net/blog