Get ready to go for a thrill ride with 20 dangerous bad boys who live on the wrong side of the law!

In this anthology, you’ll get 20 never before released stories about bikers, gangsters, and vigilantes from 20 of your favorite New York Times and Amazon bestselling authors!

Being bad has never felt so good because 100% of the proceeds from this set will be donated to St. Jude Children’s Research Hospital.

This incredible deal is only available for a limited time, so grab your copy today!

Please note that these stories include strong sexual content and adult language that’s not suitable for anyone under the age of 18. 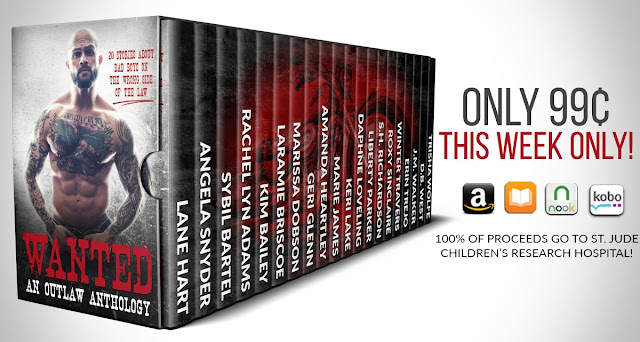 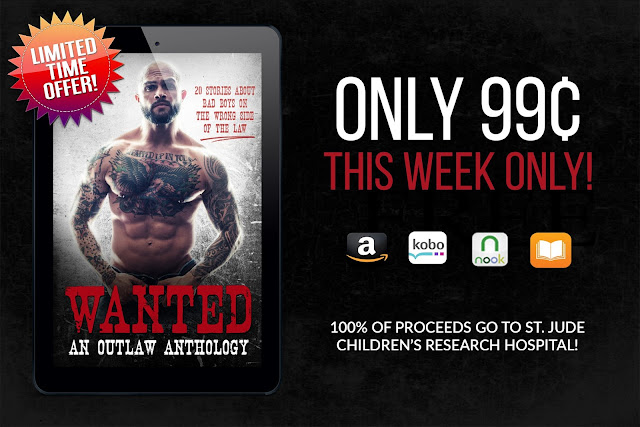 AUTHORS PARTICIPATING IN THIS ANTHOLOGY

Angela Snyder, NYT bestselling author - Devious -
When the moment comes to take my revenge on Victoria's father, will I be able to pull the trigger if it means losing her forever?

Sybil Bartel, USAT bestselling author - Hard Limit -
I didn't survive growing up in the nation's most violent cult only to be taken out by an innocent blonde.

Rachel Lyn Adams - Mac - The moment she walked into the
clubhouse I knew she was off-limits. That wasn't going to stop me from making her mine.

Kim Bailey - Claiming Chaos - Kira was a voice in the dark and a threat to his control. A chaotic beauty who Bodhi must fight, kill for or claim as his own.

Laramie Briscoe - Creeker - As a Creeker, I live by two rules.
Don't f**k Banner Clark and don't get caught doing illegal s**t, but then again I've never been a fan of rules.

Marissa Dobson - Road to Kaytlyn - It takes kidnapping to
bring two separated lovers together, but can they survive the walk through Hell?

Geri Glenn - Hood Rat - Georgia knew the south side was going to be rough, but she never dreamed she'd come up against anyone quite like Tripp.

Amanda Heartley - Flynn - Violence has followed me all my
life, and it got worse the day I joined the Bad Breed MC.

Marie James - Desperate Beginnings - My dreams never contained hope. My nightmares always included brutality. For me, it was always a desperate beginning.

Keri Lake - ABSOLUTION - After one of his penitents confesses a brutal murder, Father Damon breaks canon law to mete out justice and ends up an unlikely pawn to the woman who witnesses his crime.

Daphne Loveling - Rebel Ink - Six is on the run, and she
collides with Bullet. He protects what's his, and she's been his from the moment they met.

Liberty Parker - Walking the Crossroad - When Jasper and
Knuckles started their MC, it was due to the Crossroads they found themselves crossing in life.

Roxy Sinclaire - SEALed to Protect - Could she believe that he was her protector? Or just her family's traitor?

Winter Travers - Drop a Gear and Disappear - The only person I ever loved, taken by the men who wanted me dead. They may have her now, but vengeance will be mine.

Erin Trejo - Dark Savage - I've lowered myself to their
standards to keep my club safe. One woman and more than one mistake bring my end closer.

J.M. Walker - Before Us - When she slipped out of my hotel
room, I made it my mission to have her back in my bed. And when we finally crashed, I'd have to save her from the one person she trusted most…Me.

D.B. West - King's Road - Hold on tight for a ride down memory lane in this Savage Kings MC prequel.

Trisha Wolfe - Cellar Door - After witnessing a murder,
Makenna is abducted by a vigilante and taken to his underground lair where she unravels a secret that entangles both their lives. 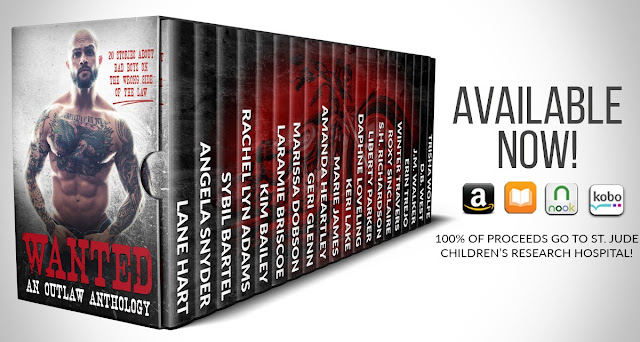