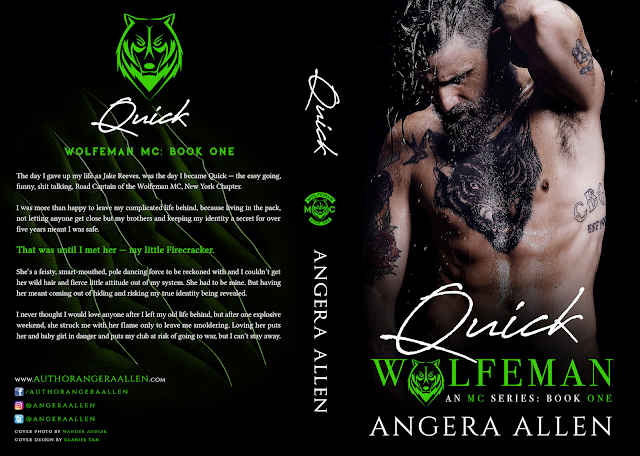 The day I gave up my life as Jake Reeves, was the day I became Quick—the easy going, funny, shit talking, Road Captain of the Wolfeman MC, New York Chapter.

I was more than happy to leave my complicated life behind, because living in the pack, not letting anyone get close but my brothers and keeping my identity a secret for over five years meant I was safe.

That was until I met her—my little Firecracker.

She’s a feisty, smart-mouthed, pole dancing force to be reckoned with and I couldn’t get her wild hair and fierce little attitude out of my system. She had to be mine. But having her meant coming out of hiding and risking my true identity being revealed.

I never thought I would love anyone after I left my old life behind, but after one explosive weekend, she struck me with her flame only to leave me smoldering. Loving her puts her and baby girl in danger and puts my club at risk of going to war, but I can’t stay away. 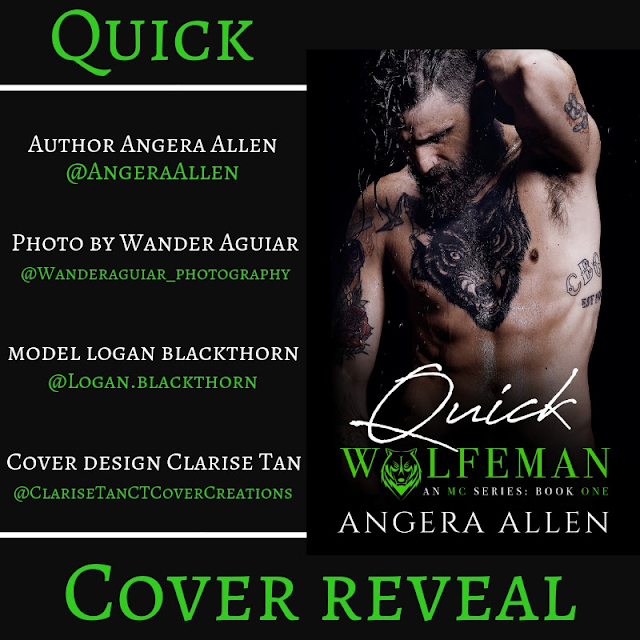 Posted by Night and Day Book Blog at 6:00 AM