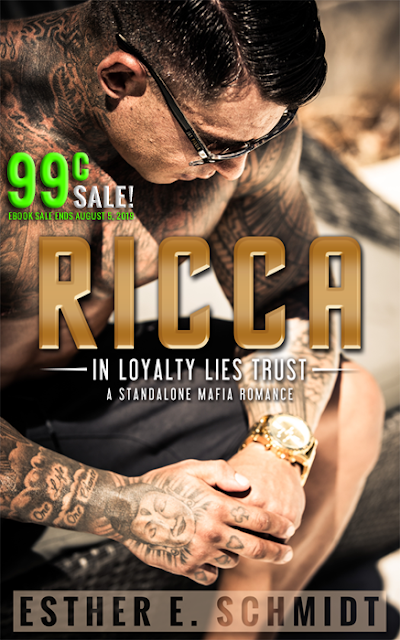 Chiara was raised into the mafia world the hard way. Enduring the assault at the hands of her father until she was kidnapped and forced to marry a mob boss. One she’s sure is even worse than her father.

Ricca never backs away from a challenge. When the woman he kidnapped sneers he would never own her, he’s more than happy to prove her wrong. It doesn’t matter he is being forced into this marriage by The Syndicate, to cover-up the kidnapping.

An enemy is forging a plan to take Ricca down. Can a marriage, even one forced by the decision of others, turn into a solid band of trust, loyalty, and eventually love? Or will either one—or their enemy—rip out their heart to stop it from beating? Dive into this Mafia Romance where the value of human life is worth less than loyalty. 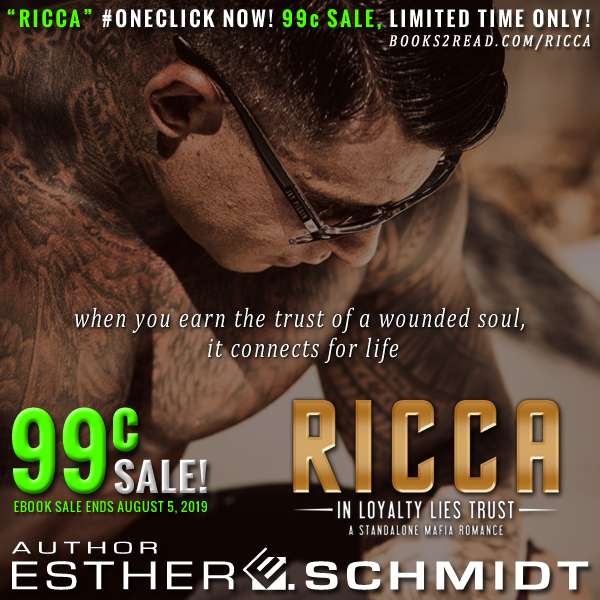