Esther is very excited and honored to be a part of the amazing Cocky Hero Club. The standalone novel “Unruly Defender” is inspired by the first book in Penelope Ward and Vi Keeland’s series, “Cocky Bastard” and will feature the character “Eddie” (Chance’s cellmate) along with a full cast of all-new characters. You can also expect both Chance and Audrey to make their appearances.

A vow of justice.

A breach of silence.

A heart fueled by vengeance.

It all consumes the life of one Unruly Defender.


The first thing Eddie swore when he walked out of prison was that justice would prevail. He didn’t throw the first punch that landed him in prison, but he will make sure this time, he will be the last one to strike.


The twists and turns of Gracelynn’s life ended when she found new friends along with the perfect job. That is until the owner shows up and tips the balance of her life in a frustrating, and eventually dangerous way.


With every heartbeat Eddie gets closer to unraveling a secret that took lives, and in the end will risk the woman who touched his heart. Life is full of surprises and unknowingly crossed paths, but emotions and vengeance are bound to collide into a deadly explosion. Will Eddie be the one coming out on the losing side again or is he willing to give up the one thing he wants more than his next breath? Vengeance or love? Justice or death? In the end, the choice might not be his.


Add this Cocky Hero Club novel, "Unruly Defender" to your TBR on Goodreads: 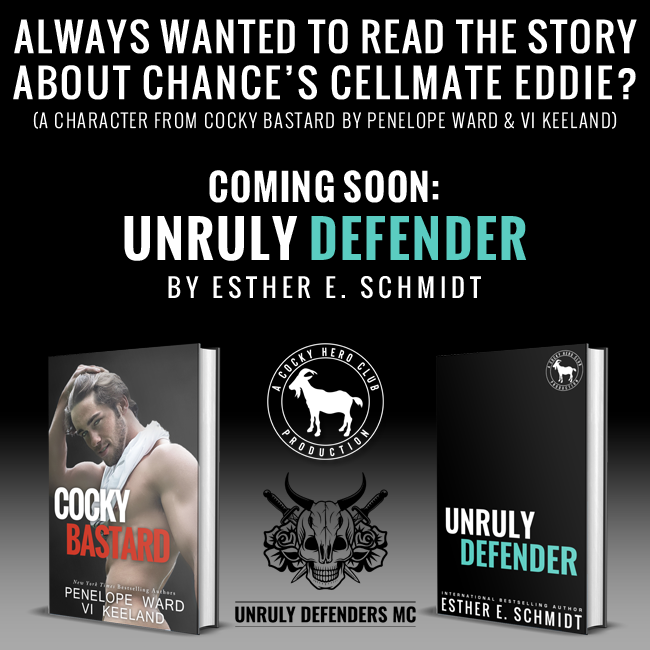 Posted by Night and Day Book Blog at 4:35 PM