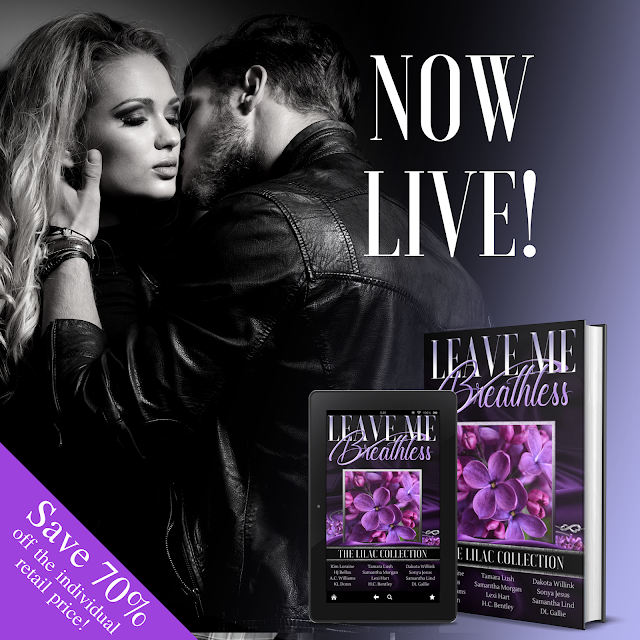 When the daylight fades and time stands still.
The feeling of flying from just one touch.
Moving slowly, kissing softly.
The flash of fever, becoming lost in the flames.
Surrendering.
Going under.
These are the moments that leave us breathless.

Introducing a brand-new collection of romance books by independently published and USA Today bestselling authors whose words will leave you breathless! 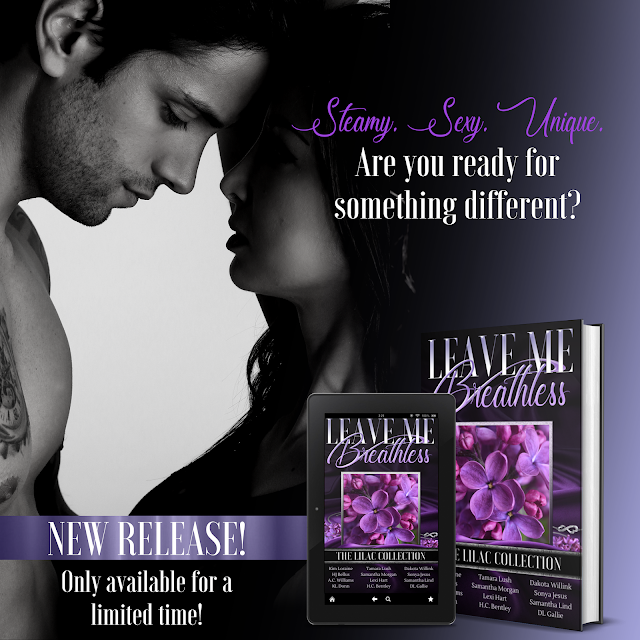 The Lilac symbolizes the first emotion in love. This collection will feature already published, first in series books. It's perfect for those looking to try out new authors for the first time!

Watch the Leave Me Breathless trailer premiering on YouTube: https://youtu.be/khYX8Z8a4OY 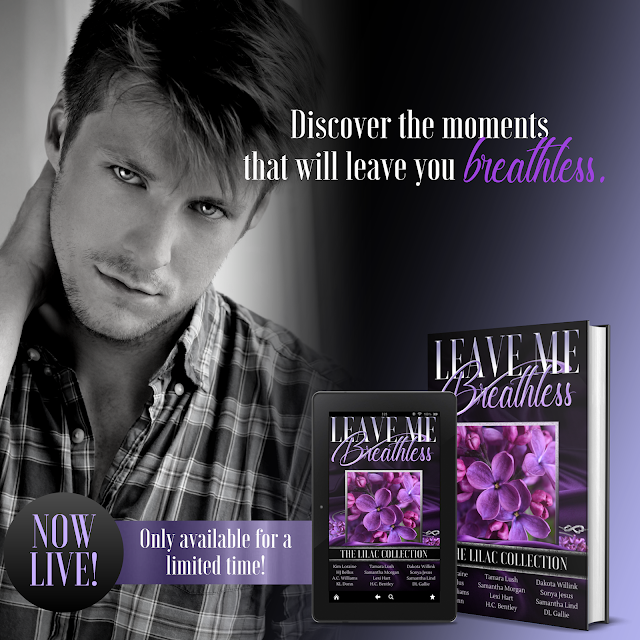 INCLUDED IN THIS COLLECTION:

Royal Atlas by HJ Bellus, USA Today Bestselling Author
I hid my love for years. But now he's back. Guy Webb returned a broken soldier after serving his country all over the atlas. And now it's my job to help him heal.

Heart of Stone by Dakota Willink, Amazon Top 100 Bestseller
He's a New York City real estate tycoon. Driven. Determined. Dominant. And he has a secret. I quickly learned that Pandora's Box was better left unopened and he gave more than I bargained for.

Dirty Lies by Tamara Lush, RITA Finalist
Luca Rossi lost everything when he wrote a bestselling expose on the Mafia. Now he's hiding out in Florida, plotting his next move. But when a curvy and inquisitive journalist stumbles into his backyard looking for a scoop, his long-buried desires are awakened.

Love Hurts by Samantha Morgan
For Luka, life had become one thing; waiting. For a cure, for a miracle, for the end. With one look at the gorgeous Melia, he allowed himself the one thing he’d never allowed himself to feel, not since that final diagnosis. Hope. 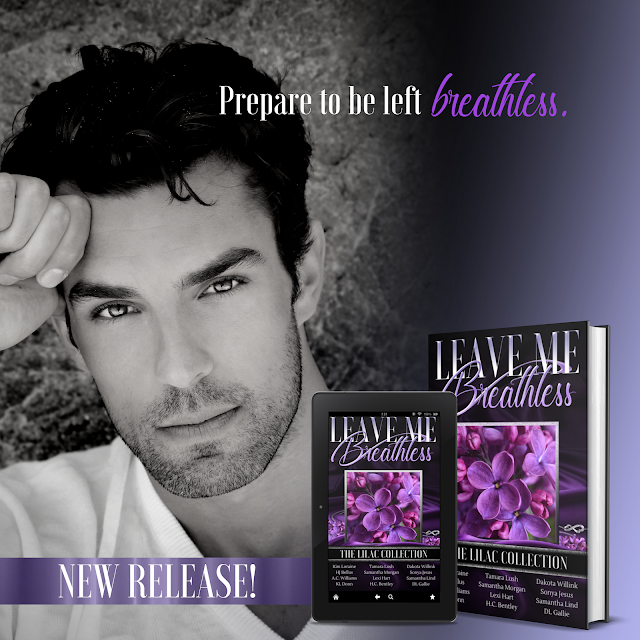 Her Last Love by H.C. Bentley
Lynn Johnston hopes she can forge a new path, one that would heal her heart and help to put her past behind her. Those hopes are dashed when she discovers Carter Mathis, her former fiancé, has also returned. Does she confront her feelings and move forward, or leave behind the life she's always wanted?

31 Kisses by Sonya Jesus, Amazon Bestseller
She's not the little princess her dad raised anymore. She's the assassin the Beneventis created. The ruthless mob boss adopted Kelsie when her heart was breaking and promised her vengeance for her father's murder. With every life she takes, there’s a little less of her left… the only thing keeping her from losing her soul is #31 on the Beneventi hit list.

Malt Me by DL Gallie
I'm given a second chance at happiness...there's no way I'll let him take that from me.
I am Mackenzie Merlot. I am strong. I am a survivor. And this time...he'll lose.

One Wild Weekend with Connor by Lexi Hart
Connor Slade wasn't supposed to turn her world upside down and make her wish he'd stay. He was meant to be one reckless, impulsive weekend fling that no one would ever find out about. But if she’s ever going to see Connor outside of a jail cell, Evelyn will have to decide if proving his innocence is worth destroying her squeaky-clean reputation.

Just Say Yes by Samantha Lind
What will it take for her to Just Say Yes?

Until the Stars Fade by Kim Loraine
I've never believed in love at first sight. Insta-lust? Definitely. But it's impossible to fall in love in a day. I didn't plan on Luc. He's got the stars on his side and won't let me go without a fight.

Black Horse by A.C. Williams, Amazon Top 100 Bestselling Author
What would you do if the only man you ever loved was the son of the man that turned your world upside down? Colt McClain will stop at nothing to protect his long time love, Averi Ford, from the wrath of his father, even if he has to spill his own father's blood in her defense. 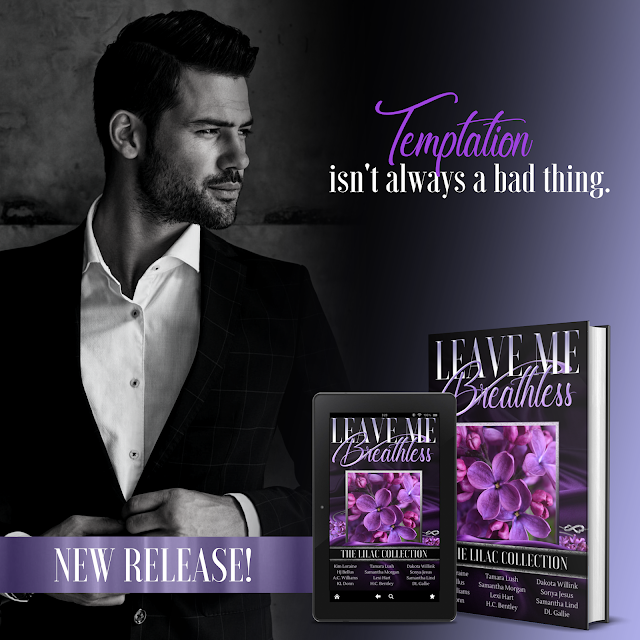 Posted by Night and Day Book Blog at 8:01 AM