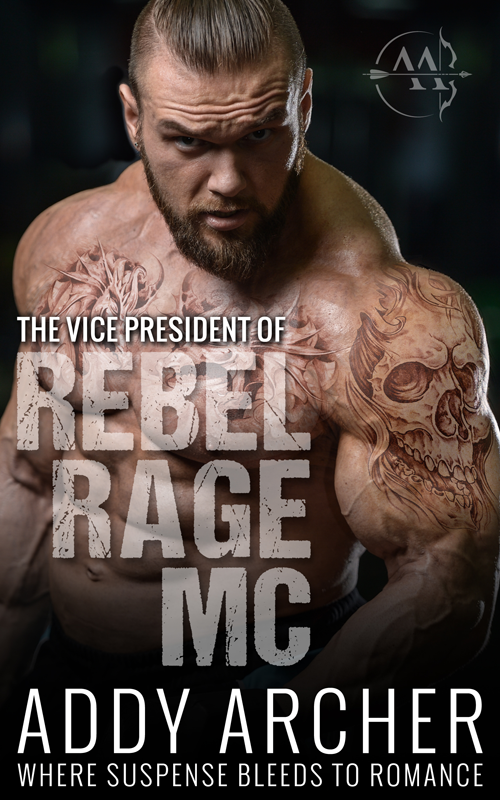 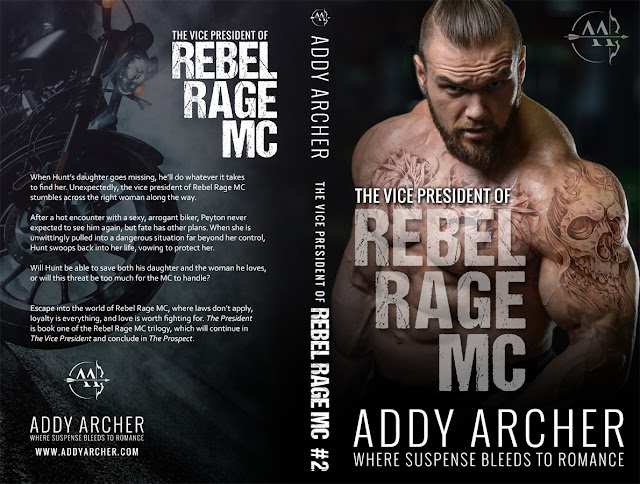 When Hunt’s daughter goes missing, he’ll do whatever it takes to find her. Unexpectedly, the vice president of Rebel Rage MC stumbles across the right woman along the way.

After a hot encounter with a sexy, arrogant biker, Peyton never expected to see him again, but fate has other plans. When she is unwittingly pulled into a dangerous situation far beyond her control, Hunt swoops back into her life, vowing to protect her.

Will Hunt be able to save both his daughter and the woman he loves, or will this threat be too much for the MC to handle?

Escape into the world of Rebel Rage MC, where laws don’t apply, loyalty is everything, and love is worth fighting for. The President is book one of the Rebel Rage MC trilogy, which will continue in The Vice President and conclude in The Prospect.

Add it to your TBR: goodreads.com/book/show/47944994-the-vice-president

Addy Archer is a contemporary and romantic suspense writer who loves rough bikers
twisted with a hint of romance and sassy women. She currently has one complete
series: Rebel Rage MC. When she isn’t working hard on her next book, she enjoys long
walks with her dog, traveling, and reading. 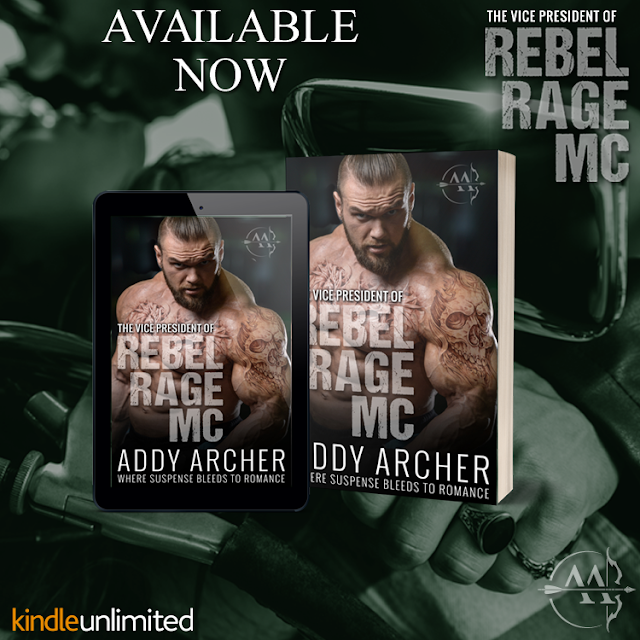