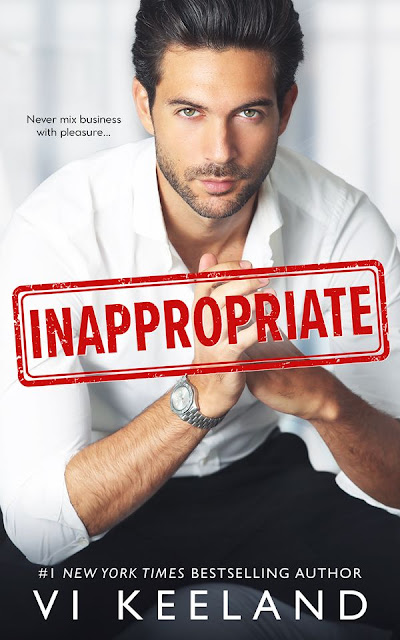 Excited about Vi Keeland’s upcoming release, Inappropriate?
Check out this SNEAK PEEK
I wondered if he’d be here.
I was mid-conversation with some former colleagues I hadn’t seen in a few years when I got my answer. The sight of him made me lose my train of thought.
On the other side of the room, Grant Lexington stood wearing a classic black tuxedo. He was talking to an older gentleman, which gave me the opportunity to really take him in—tall, broad shoulders, yet not overly bulky, a narrow waist with one hand resting casually in his pants pocket. Even from a distance, his confidence registered. There was something about the way certain men held themselves that showed they were in charge, and that really worked for me. It could take a man who was a seven and make him an eleven in my book. On the other hand, a handsome ten with a meek personality could be reduced to a five.
Mr. Confident held a drink in hisleft hand and raised it to his mouth, but he stopped before drinking. He seemed to sense something and looked around the room. When his eyes caught mine, a slow, wicked smile spread across his face. He excused himself from the conversation and strode toward me.
My body tingled as I watched him approach with long strides, and I turned from the group I’d been standing with.
“What a pleasant surprise,” he said.
I tried to appear casual as I sipped my champagne. “I’m filling in for Bickman.”
He nodded. “Of course.”
Grant eyed the group next to me. “Are you here with a date?”
“No. You?”
He smiled and shook his head. “Would a compliment be unwelcome? I wouldn’t want to sexually harass you.”
“Compliments are always welcome, Mr. Lexington.”
His eyes sparkled. Taking hold of my elbow, he led me a few feet away from the group I’d been standing with. “That’s a dangerous thing to say to a man like me.”
“What was the compliment anyway?”
Grant’s eyes swept over me. “You look beautiful tonight.”
I blushed. “Thank you.”
Grant stopped a waiter as he passed. He gulped back the rest of the amber liquid in his glass and slipped the flute of champagne from my hand, setting them both down on the waiter’s tray.
“I was drinking that.”
He motioned for the waiter to move along and returned his attention to me. “I’ll get you more when we’re done.”
“Done with what?”
He held out his hand. “Dance with me.”
I shook my head. “I’m not sure that’s such a good idea.”
He smirked. “I’m fucking positive it’s not.”
★★★ 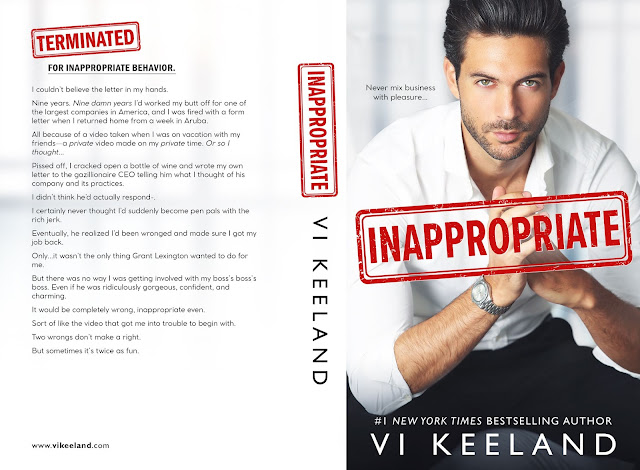 Excited? We are too! 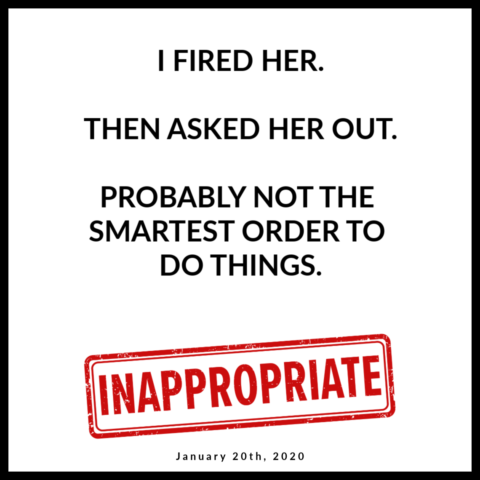 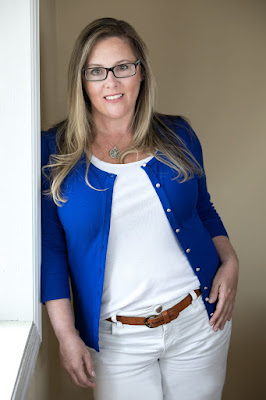 Vi Keeland is a #1 New York Times, #1 Wall Street Journal, and USA Today Bestselling author. With millions of books sold, her titles have appeared in over a hundred Bestseller lists and are currently translated in twenty-five languages. She resides in New York with her husband and their three children where she is living out her own happily ever after with the boy she met at age six.
Facebook Fan Group: