★★★ NEW RELEASE ★★★
SHOW ME, BABY by Fiona Davenport is NOW AVAILABLE for just 99¢ or FREE in KINDLE UNLIMITED!!

Blurb:
The moment magician Julian Storm saw Anna Chapel standing at the back of the theater during one of his rehearsals, he knew she was meant to be his. After spending a long month trying to hunt her down while she ran in the opposite direction, Julian resorted to kidnapping her off his stage during a disappearing act.

Anna had zero interest in celebrities…until she met Julian. The sexy magician refused to let her ignore the chemistry between them, and he was determined to show her that fame meant nothing compared to her love 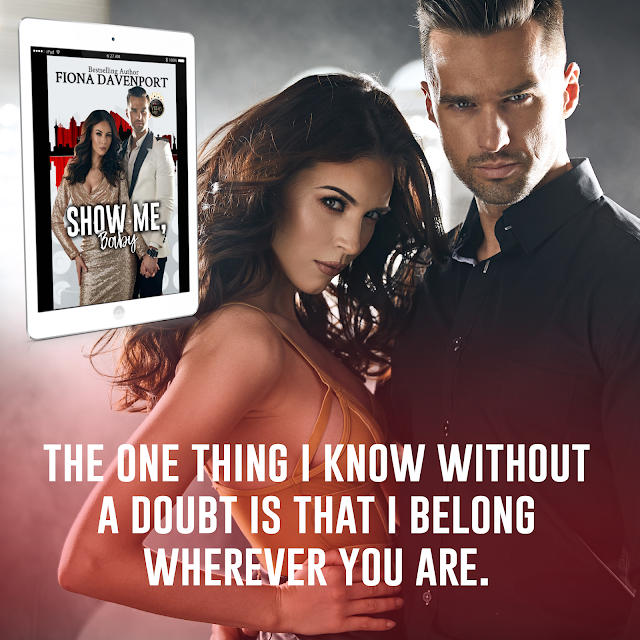