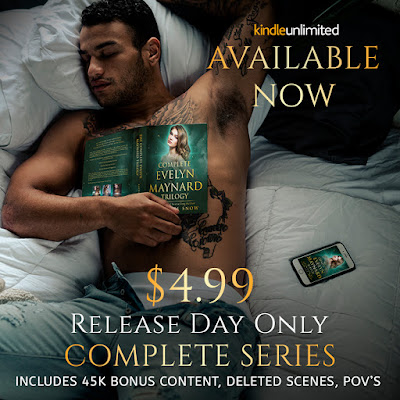 When Evelyn Maynard receives a scholarship to the exclusive Bradford Hills Institute, she’s determined to make a fresh start. The Institute is world renowned for educating and training Variants – the 18% of the population fortunate enough to have superhuman abilities. As a human, she’s lucky to be admitted.

She’s done with fake identities, running and lying but once again she finds herself surrounded by secrets.

Some she’s been keeping her whole life.

Some have been kept from her.

Some she finds herself dragged into…

Ethan, Josh, Tyler and Alec have some of the rarest Variant abilities Evelyn has ever seen. They fascinate, intrigue and attract her, but is it their abilities, their own secrets or something more that Evelyn can’t seem to stay away from? The secrets they keep could drag Evelyn so deep into their dangerous and exciting world that she’ll never be the same.

And the answers she finds could get them all killed.

PLUS 13 bonus scenes, most never before seen, including character POVs, deleted scenes, and bonus content.