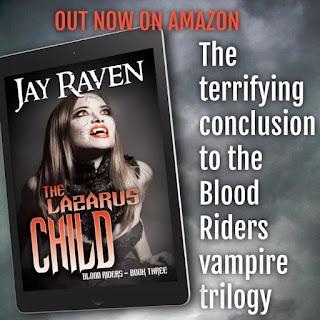 Legendary vampire hunter Anton Yoska is on the edge, tormented by the rumour that the precious child he once thought dead is still alive and lost in a world of monsters.

​One creature alone knows for sure what happened to Gretchen, but Terek Modjeski won’t divulge his secret - revelling in the twisted power over his long-time foe.

​Despairing and drinking heavily, Anton stumbles from near disaster to near disaster as he puts his team in jeopardy, testing their friendship and loyalty to snapping point.

​Only one diabolical solution is possible - to confront Terek in his maximum security cell and force the bloodsucker to end his game of cat and mouse. But making the cunning infernal talk will mean employing brutal methods that go against every code Anton has ever lived by, forcing him to become as much of a demon as the leeches he hunts.

​Face to face with the evil, taunting vampire, the desperate slayer takes a decision that will change his destiny forever - sending him hurtling into danger to confront a terrifying truth about his lost child that risks not only his sanity but the future of mankind.

Attachments area
Posted by Night and Day Book Blog at 9:45 AM