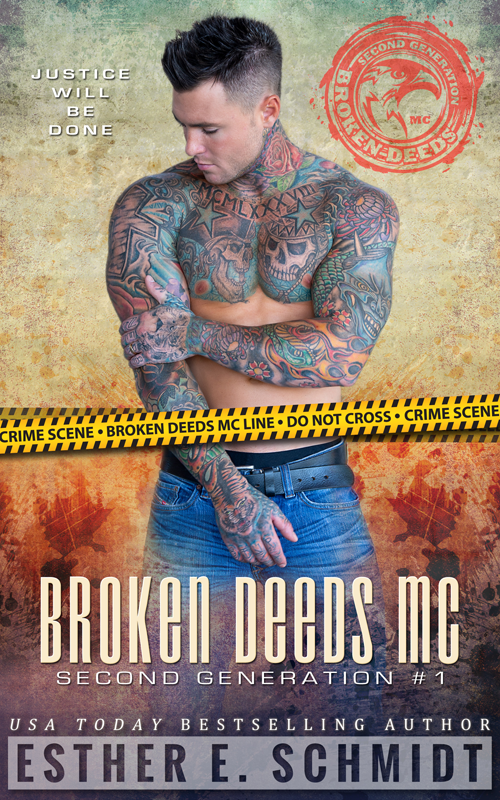 Taking over as the President of Broken Deeds MC, claiming an old lady, getting married, becoming a father; Archer has hit life full throttle ever since he took the gavel from his father. Life at breakneck speed opens the door for possibilities and for a man in his position, this can quickly turn any incident into a life or death situation.

Born and raised in an MC, Beatrice is very aware of life and love when it comes to bikers. But when you marry your first love where feelings have been growing for many years, being stuck in a rut feels like a battle on a daily basis. Except, being the president’s old lady adds dodging bullets to the mess life throws at you.

Can this couple face their newly found rut and hold strong through every situation? Or will life take a turn, robbing them from moving forward and end dreams where new life barely started?

Posted by Night and Day Book Blog at 9:37 AM