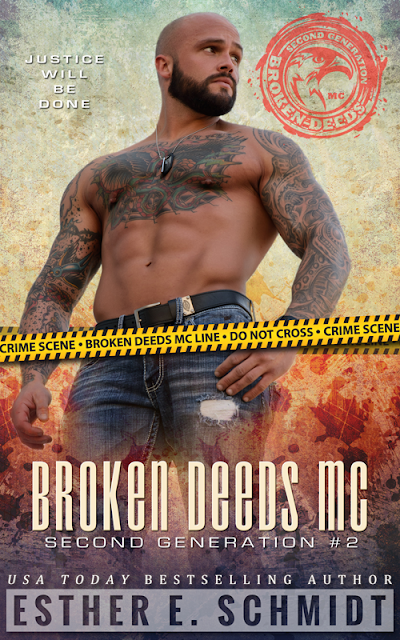 The restlessness flowing through Vachs’ veins didn’t end when the nomad committed himself to a permanent spot in Archer’s Broken Deeds MC chapter. Adopting a puppy and solving crimes helps him stay focused but not completely grounded. Until he strolls into the club’s tattoo shop for some ink therapy and finally finds what will be the root of his foundation in life.

Growing up in the MC lifestyle without the ability to hear has never stopped Hadley from living her life or from becoming a tattoo artist. After some bad luck in the dating world Hadley has sworn off men, that is until Vachs saves her life and captures her heart along with it.

Can new love face a deadly enemy coming for Broken Deeds MC? Or will lives be ripped apart, stealing away the ability to build a future? 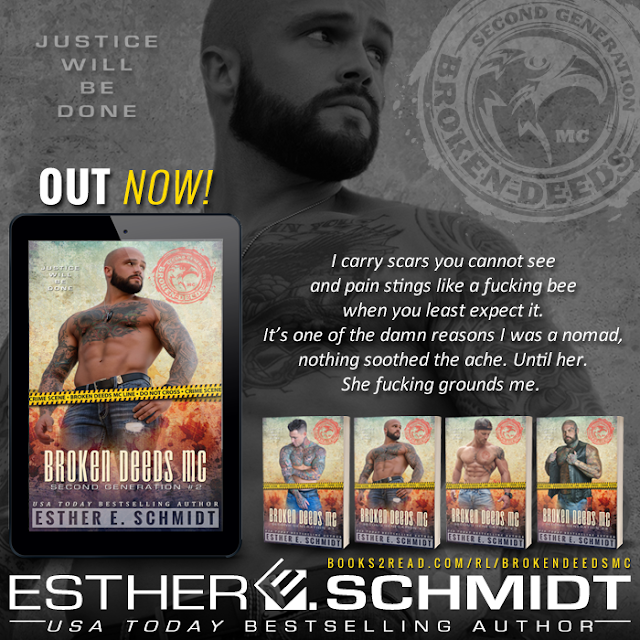 Posted by Night and Day Book Blog at 8:55 AM