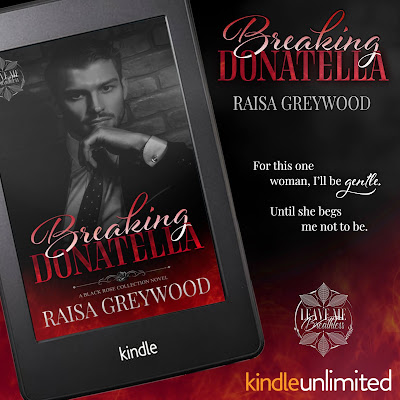 The bargain is set and sworn enemies will meet at the altar. Their marriage will prevent a war, but might create something far more terrifying.

My promised bride is the key I need to build an empire. I won’t rest until I have her in my bed, under my thumb, and obedient to my every desire.

He thinks he has me trapped, but I’m going to prove him wrong. Only one thing is guaranteed. Blood will spill faster than birdseed when a Rossi marries a Moretti.

Breaking Donatella is a full length, 75,000+ word novel with a guaranteed happily ever after. * PLEASE NOTE: The stories in the Black Rose Collection are considered dark romance. Some aspects may be sensitive for some readers.