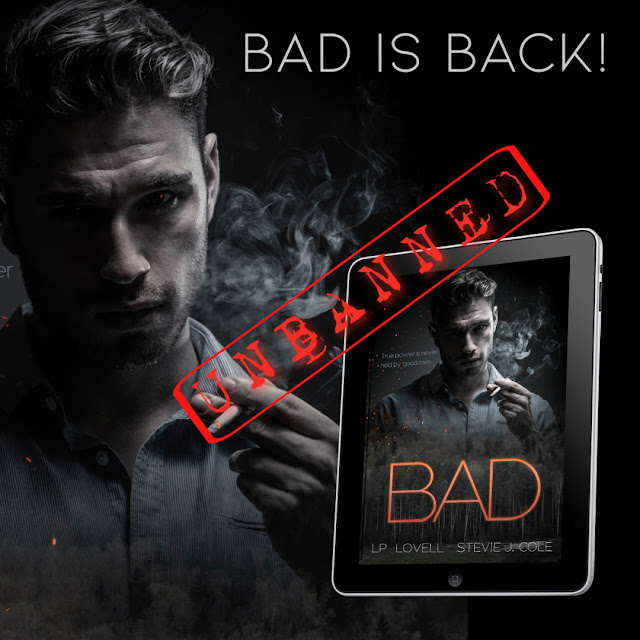 BAD by @lp_lovell & @steviejcole is BACK!!!
Grab this previously banned (on Amazon) book today!!!

Blurb:
Most hostages would fear their captor, but not Camilla Estrada. No, instead of fearing me, she defies me. She incites my wrath with whispered threats while she promises to kill me. And her defiance makes me crave things I shouldn’t—It makes me desperate to see how undeniably beautiful she is when she bleeds for me. And only me. . .

True power is never held by good men, only the most perfect villains. And they are both villains, but who is worse is yet to be seen…

WARNING: Originally published in 2017, this book was previously blocked from sale. It has been revised but may still include some situations and scenes that could make some readers uncomfortable.