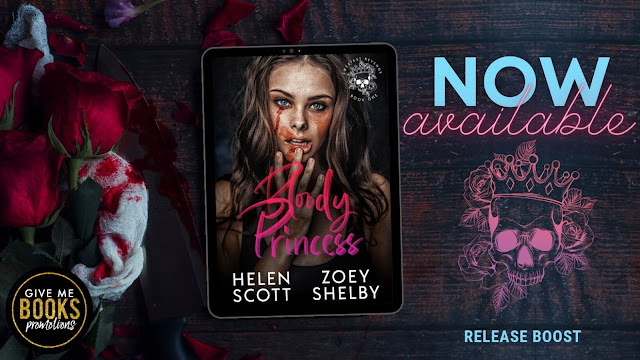 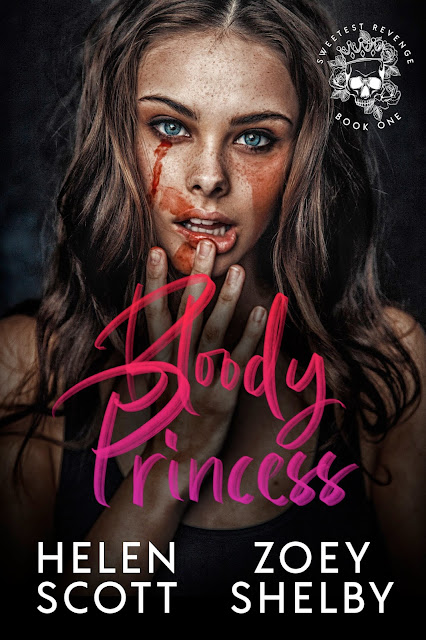 BLURB
My sister’s death was ruled an accident, but it was all a lie…
They’re the kings of Welhurst University, heirs to the most powerful, corrupt, and ruthless families in Ascendence Bay. Each of them is stunningly gorgeous, rich, and talented.
Nobody is that perfect. All of them hide dark, dangerous secrets. And I’m going to expose them. I’m going to make everyone see exactly who they are.
Murderers.
I have skills they would never expect, and I plan on using my talents to make the Boys of Ascendence Bay pay in blood for the loss of my sister. I’ll do whatever it takes to get them to crack and confess to their crimes.
The closer I get to finding out which mafia heir is the killer, the more I realize I didn't know my sister as well as I thought. Big, ugly secrets come to light that will change my family forever.
But what's worse is the enemies I thought I needed to destroy are more complex and tempting than I ever imagined.
Can I survive the truth being uncovered or will I be buried by the lies? 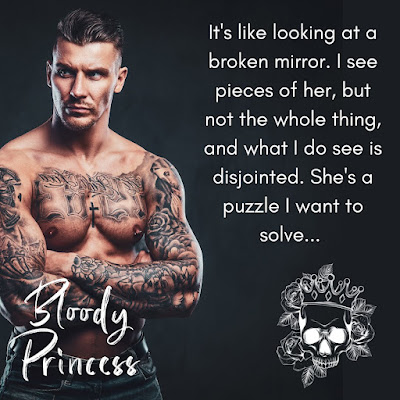 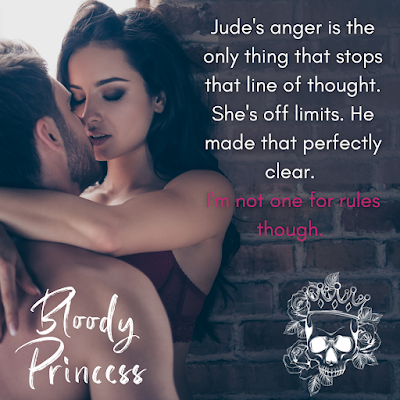 EXCERPT
I smile up at Keats before I turn and reach for my backpack. I pull it on as I turn to face him, and the long necklace I'm wearing disappears into the neckline of my tank top. I fish it out and see Keats watching from the corner of my eye, hunger in his gaze.
When I turn to face him completely, he wipes his face clean of any emotions, and I see a mask slip into place—one I am all too familiar with wearing myself. It's pleasant, not conveying the monster within or any of the emotions he's really feeling. He still hasn't responded to my question, so I ask, "Are you a Criminology major?"
"Uh, yeah. I just decided."
"Like, right this second?" I let my eyebrows rise to show faux surprise. Mel has already found out all the dirt on the academic careers of the boys we intend to bring down. I know each of their majors and grade point averages. I also know that most of them are working on majors that will serve them well in their family businesses.
Keats barks out a laugh and says, "No, this past summer. I decided it was probably the best fit for me. It's not like someone like me can go study fuckin' Shakespeare or something."
My heart, as cold and dead as it is, pinches ever so slightly at his words. Are we all just trapped in our fates? Unable to break away from our families to do whatever it is we really want to do? In a weird way, I could see Keats being more interested in fiction than reality, not that I've ever seen him with a book in his hands outside of school. That’s usually more Thayer's domain.
"Do your parents want you to work for them after school?" I ask, innocently.
He nods and rubs the back of his neck again. "I'm expected to go pre-law and follow in my dad's footsteps—become a partner at Kingsley Law. I got half of these to try and get out of it, but he's a stubborn asshole. At least I know where I get it." He gestures to his tattoos, and I realize that a lot of them are a form of rebellion, something I totally understand.
Most of the other people from our class have filed out while we've been talking, so it's just the two of us now. I'm not going to lie, a large part of me wants to lure him back to my basement and knock him out. Peel the skin from him until he confesses what they did—until he tells me how they drugged my sister and let her drive home after she and Jude got in a fight.
I can't, though. If I want to do this, I have to be able to back my claims up with evidence and prove that they did it, and not to the cops either. Oh, no. To the families that rule over Ascendance Bay. The evidence I need has to be concrete and not coerced. I have no doubt that, without a real confession and other evidence pointing toward them, accusing the Boys of Ascendance Bay of murder would only get me killed, last remaining heir to the Sterling empire or not. And we all know that confessions made during torture are unreliable.
"The art is beautiful," I say quietly, letting my gaze skip over his skin, taking in each piece individually and as a whole. With the t-shirt that's stretched over his muscular form, I can see every piece on his arms, hands, and neck. The fabric of the t-shirt is thin enough that I can see the shapes that reside on his skin underneath it.
"Thanks." There's an awkward pause, and I can tell he wants to say something, so I just watch him quietly. "Listen, I'm sorry about what Jude said at the party. He's got a lot on his plate, and he took it out on you, but that doesn't mean he was justified or that I'm on his side. I just wanted you to know that we don't all have the same...attitude he does. We're here for you, Little L. In that vein, I thought you should know that your skirt is pretty short."
I cross my arms over my chest, not only in anger, but also to trigger him to look at my breasts as they push up out of the neckline of my tank top.
He swallows hard and presses on with what I know he's trying to tell me. "When you reached for your paper, you, uh, flashed everyone behind you."
I know most girls would be mortified by the idea of someone else seeing their panties when they hadn't intended for that to happen. I, however, have two problems. First is the fact that I had intended to flash Keats, and second is that I don’t really care who saw. I knew going into this that I had two choices for how to react: I could blush and be bashful, or I could be brazen and wild.
For some reason, the wild child doesn't seem like the right play, so I conjure my most humiliating memory and make myself blush. 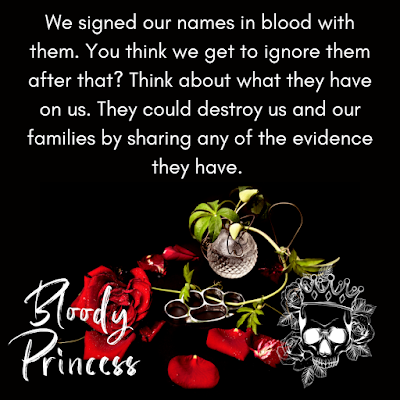 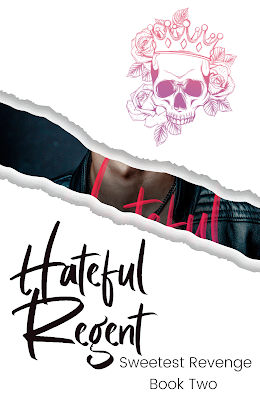 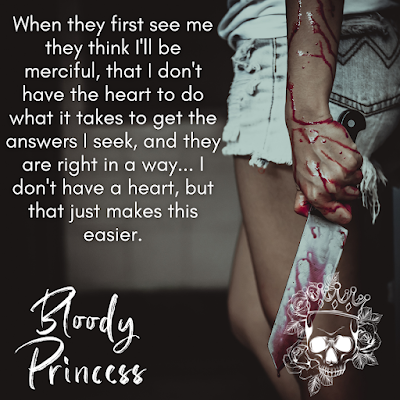 HELEN SCOTT
USA Today bestselling author Helen Scott spends her time alternating between fantasy and reality. She likes to think she’d be sorted into Hufflepuff and would have been a Physical Kid from Brakebills. Her days are fueled by tea and cuddles from her four-legged kids and amazing husband in their home in the Chicago suburbs.
When not reading or writing, Helen can be found baking, enjoying a walk in the woods, crafting, or playing video games. She’s a lover of sushi and K-Dramas and is convinced there is magic in the world if you know where to look.
Whether paranormal or contemporary, Helen loves writing sassy, kick-butt heroines and drool-worthy love interests. She's the author of the House of Wolves and Magic series, the Cerberus series, and the Of Demons and Dragons series.
Subscribe to Helen’s newsletter for a free book to get started on the adventure today!
FACEBOOK
FACEBOOK GROUP
INSTAGRAM
TWITTER
WEBSITE
PINTEREST
ZOEY SHELBY
Zoey Shelby lives in the midwest with her wild imagination and characters that won’t be quiet. She is terrified of snakes and ghosts. She loves llamas. She’s a chai tea addict and really hopes you enjoy the adventure her stories take you on.
FACEBOOK
INSTAGRAM 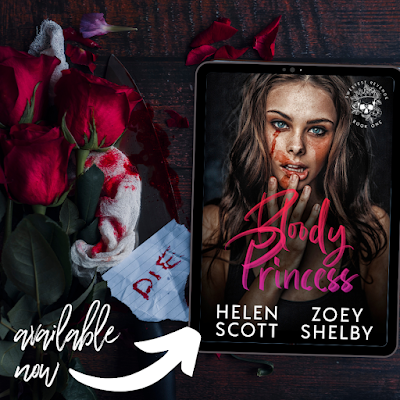 Posted by Night and Day Book Blog at 9:57 AM