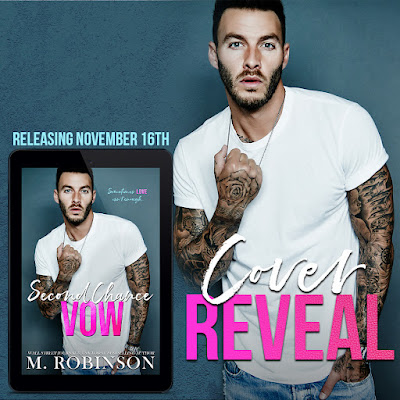 From the moment I laid eyes on her, Kinley was mine.

At fifteen years old I was determined to make it happen, but we were on and off for years until I got it right between us and finally made her my wife.

We were supposed to be forever.

So consumed with each other.

But somewhere along the way we lost sight of that love.

Ten years later and that love became anger. That devotion began to crumble, and we were consumed with resentment of life not working out the way we had planned.

We meant it when we vowed for better or for worse...

So why the hell were we signing divorce papers?
Preorder: https://geni.us/SECOND-CHANCE-VOW
Featured in the November Box of Alphas! Preorder ends November 15th!
Find it here:https://www.authormrobinson.com/box-of-alphas
Posted by Night and Day Book Blog at 4:28 PM