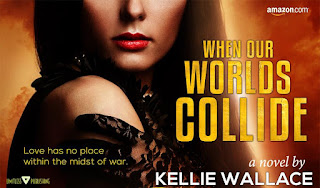 **SYNOPSIS**
As one city’s fate hangs in the balance, a woman’s destiny is about to be determined…

Amira Frost is forced to watch her home be invaded by the warmonger state, Argos. Divided into multiple class zones, the city’s once peaceful existence is threatened.

When an opportunity arises for Amira to get close to the General, she accepts with the hope that her new position as his personal food taster can help reclaim the municipality, but she is pulled deeper into his regime than she initially anticipated.

For every controlling force, a resistance is born…

The Ravens’ elusive leader, Grayson Roe, has one goal—to lead the resistance to victory against the barbaric military. Dedicated and ruthless, he sets out to use Amira to their advantage by offering her a proposal she's unable to refuse. Nothing will stop him from regaining control over his city and its people—not even the dark haired beauty whose loyalty seems questionable.
A city threatens to fall and a decision needs to be made…

As the battle rages, Amira is caught between two opposing forces and reevaluates her allegiance when her loyalty is tested. Her home is under attack, her friends and family are dying, and she is faced with a grueling decision that has the power to save or bring down an entire city.

When worlds collide, she must choose between saving her home or surrendering to the one man who threatens to destroy it all—including her. 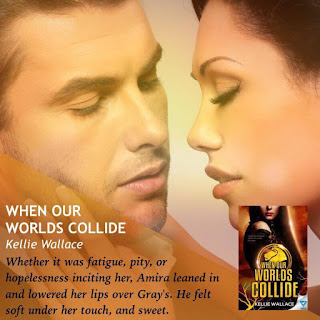 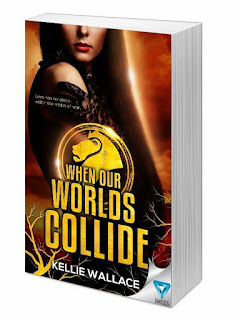 **AUTHOR BIO**
Born in Sydney, author Kellie Wallace developed a love for the written word early in life, writing her first story at aged three. Her father used to read to her at bedtime, establishing a deep love and respect for books.

Kellie wrote her first fiction fantasy novel called Giblin the Conquer, an X Files fan fiction and a military fiction while in high school.  After finishing school, Kellie moved to the sunny Northern Beaches and carved a successful career in the media/advertising industry writing for numerous Sydney based publications. But that didn’t stop Kellie’s love to write. An aspiring novelist, she fulfilled a dream in 2008 having her first book All She Ever Wanted published at the age of 22 years old

Since 2013, Kellie has established herself as a hybrid author, writing a range of genres from historical fiction, fantasy, crime and dystopian and new adult.
She currently resides in Sydney with her husband. In her spare time, Kellie loves to write, game, draw, exercise, and binge on her favourite TV shows. 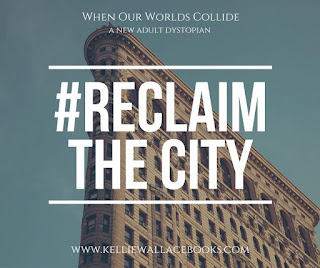