From the writer of “Areion Fury MC”, “Broken Deeds MC”, “Wicked Throttle MC” and “Lost Valkyries MC” Esther E. Schmidt is proud to introduce her fifth MC series, except this time…it’s a paranormal MC romance; Death by Reaper MC.
“Hellhounds”, book one, will be kicking off this whole new series.


In the last year, Eliana has been aware of the paranormal world that merges with the humans. Knowing it and living in it are two very different things when your next breath could end up being your last.


Alistair, Hellhound shifter and President of the Death by Reaper MC Hell Charter, is unexpectedly confronted with his true mate. As the balance of good and evil is shifted, a battle is the only solution. One where family ties are unwillingly being pulled into the mix and a simple choice of sides might end up in losing the woman he just claimed as his. A Hellhound has an eternal vow to never walk out on the losing side. Even more so when he’s had a slice of heaven.


Evil hides in the inevitable to rectify redemption. Dive into book one of Death by Reaper MC and submit to the sentimental truth that crawling into the darkness might be the only good this world has to offer. 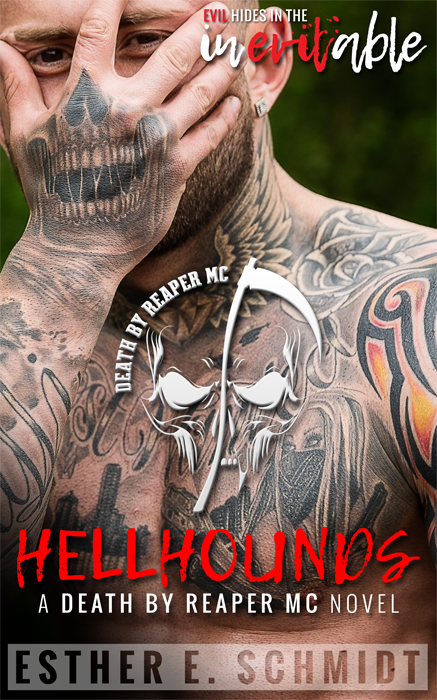 Posted by Night and Day Book Blog at 9:56 AM