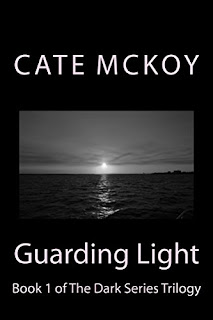 Jack Gard and Catlyn Lyte become friends in high school. Although he cares for Catlyn, Jack refuses to get into a relationship with Catlyn, due to her age. Then Catlyn is raped and her world is torn apart when Jack sides with his best friend. Devastated, Catlyn flees Newburgh, NY.

25 years later, someone is raping and killing young black females in Jack Gard, Chief of Detectives' hometown.  Working against an escalating killer, Jack requests help from a special division of the FBI.

Enter, Supervisory Special Agent Catlyn Lyte. She has always done her job well but is wary of working with someone she doesn't trust. Sparks fly between the two officials as Catlyn puts herself in the path of their quarry. Two ex-friends try to bury their differences to solve not only mystery of the Newburgh Slasher, but also the one that ruined their budding romance 25 years ago. 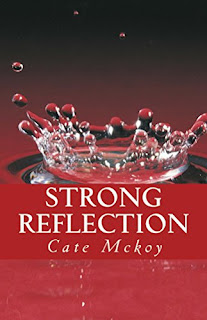 HANG ON! Words to describe their road trip, relationship and love!Healing from her injuries after helping to take down the Newburgh Slasher, FBI Agent Ashley "Mack" Mackenzie decides to vacation with her former partner and friend, Catlyn Lyte before participating as her Maid of honor in Catlyn's wedding. She needed to get her mind off her nightmares of the night her family was slain in a violent home invasion and the hot sexy dreams of her boss Director Kyle Strong. Fun in the sun is just what the doctor ordered. That is until Kyle decides to accept Catlyn's fiancé, Jack Gard's invitation to also vacation with them. How can she forget her inappropriate dreams about her sexy boss if he was underfoot? And she could do without his habitual reprimands while on vacation.Kyle didn't understand his agent's constant failure to follow his orders or policies and her reckless acts to get the job done, catching killers, rapists and the like. Nor did he understand his intense attraction and emotions regarding his agent.Almost losing Ashley to the Newburgh Slasher makes Kyle realize he wants a deeper relationship with her. Taking care of loose ends by breaking things off permanently with his on-again-off-again girlfriend, he joins Ashley on vacation to see if he can solve the mystery that she represented and to see where his attraction for her may lead.From minute one their vacation is a high action, thrilling, emotional ride with sexual chemistry off the charts. 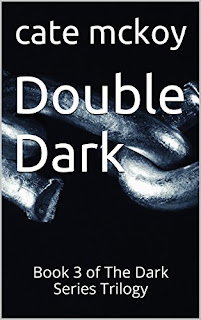 Jason Tyler Dark, once known as J.T., refused to ever use the initials he shared with his identical and murderously psychotic twin, Jon Taylor Dark. Jason lived in his twin’s shadow from the day they were born, being born minutes after him. Fighting to both separate himself from his twin and pursuing him, Jason feels doomed to never be known for himself. With his brother imitating him, committing heinous crimes, leaving pain and destruction in his wake, Jason is driven to capture his twin and locking him away forever so that he can finally have peace of mind and hopefully find love. Although, Jason didn’t see how love was possible for him as long as he wore a killer’s face. Professor Kerra Aho didn’t like the darkly brooding, intense man with the hot blue eyes. He showed up one night in her lecture hall expecting to see her colleague Catlyn Lyte-Gard. As per the college’s policy, Kerra refused to give the man any information regarding the whereabouts of her friend. Jason Dark goes ballistic, demanding she tell him or else. With his threat ringing in her ears Kerra has security escort the derange man off the campus. Kerra didn’t realize just how unstable the man was until minutes later he attacks her in the parking lot. During a struggle for her life, Kerra is rendered unconscious, she never sees the hero who saves her. Wanting to thank the man for saving her from the madman she goes to the police station to find out her hero’s name and is livid to find the 'madman' has been released and was laughing and joking with the Chief of Detectives Jack Gard, her colleague’s husband. 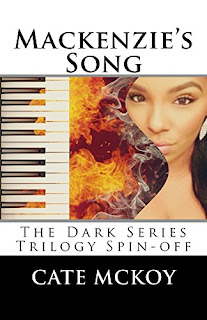 Supervisory Special Agent Ashley "Mack" Mackenzie has had a hexed or charmed life, depending on one's outlook. Starting with losing her entire family in a home invasion in which she was the sole survivor and growing up in an orphanage, Ashley's life has had it's ups and downs. Against the odds she fell in love and got engaged. Her life turns bad after some good when her fiance saves her life from a crazed killer only to lose his own.Eighteen months later Ashley is dealing with her lot in life, moving pass the once debilitating grief and depression, finding solace in her work as an FBI agent, and helping others.Keeping true to form, Ashley''s life has more surprises: Her fiance isn't really dead and he has no memory of her being his fiancee. He's back, ready to work and catch those who tried to kill him. But, can he work with his best and most trying agent not knowing they used to be lovers and friends?

Posted by Night and Day Book Blog at 5:58 AM