Having his best friend ripped from his life at an early age has carved Zeke into the man he is today. Not being able to address his evolving feelings for her before she disappeared has him still searching for answers sixteen years later. Zeke knows very well he should stop holding onto the dream, as all it does is fuel his nightmares.


Faced with tragedy, Laudy wasn’t given a choice to run; but life and death doesn’t often present options. When given a chance at returning home, she grasps it with both hands. Secrets held for more than a decade will be revealed. Will Laudy’s return stir up old feelings or just old motives that caused her to run in the first place?


Torn apart and thrown back together, misunderstanding and confusion taints the best of intentions. Will Zeke and Laudy’s relationship grow strong again as the dust settles? Or will their second chance die as the promise of death returns?


Cross Ties can be read as a standalone. The Swamp Head Series; a seven book novella series based on a family born and raised in the swamp. Each sibling will get their own INSTAlove story told (each a different genre) and even though it is a series, each book is a standalone. 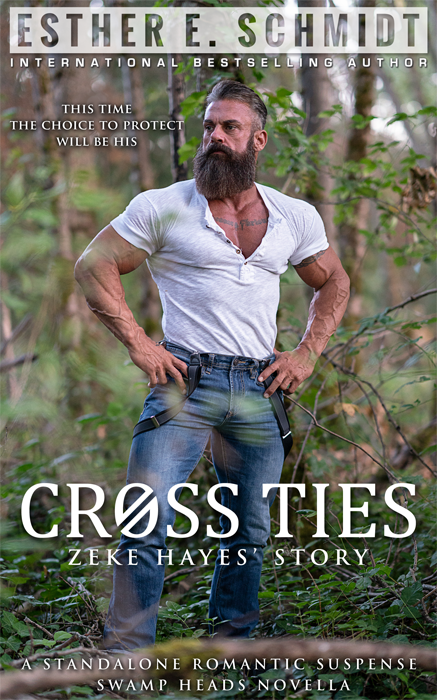