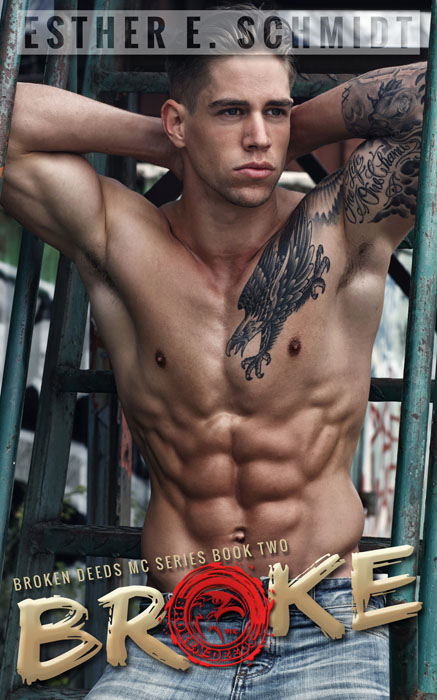 (can be read as a standalone) 99c SALE, LIMITED TIME ONLY!

Broke must be rough, dominant, and confident. Stepping into his new role as MC Vice President, the mask he wears screams "Don't screw with me!" but that just hides the part he can't show. Inside this sweet, shy man are insecurities stemming from trauma he encountered as a teenager that still haunt him.

Roan is as sweet as they come. The epitome of pure; good, honest and innocent. Thrown into danger by her job, she's attacked by a member of the Russian mob. Left lying helpless in the hospital, one phone call binds her to the rough, handsome biker who would do anything to protect her. With danger lurking she has no other option but to hide beneath his wings.

Both hide behind themselves, yet are determined to force the other to become the person they truly are. Will they each overcome their inner battles as well as the threat from the Russian mob who leaves a trail of bodies in its wake? Will Broke be able to save Roan's life or let his own slip through his fingers?

Broke can be read as a complete standalone.
But if you'd like to know all the characters for a greater reading experience: