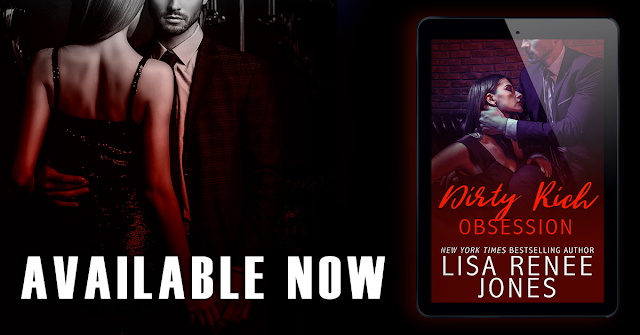 ★★★NEW RELEASE ALERT★★★
DIRTY RICH OBSESSION by Lisa Renee Jones is a sizzling new enemies-to-lovers standalone AVAILABLE NOW! She's a woman caught in the middle of a debt that has to be paid, destined to hate him. But he can't stay away from her. He's obsessed.


A MAN OF CONTROL. A WOMAN WHO'S ABOUT TO TAKE IT.

Reid Maxwell is one of the top corporate attorneys and one of the most eligible bachelors in New York City. He likes his wins big, his women beautiful and in bed, not out, and most importantly the deep burn of his past buried. Until one woman, a most unexpected woman, challenges him in ways that might just destroy the invincible Mr. Maxwell.

Carrie West is captive to Reid Maxwell and a debt between their families she doesn't know exists. It should be so simple for Reid Maxwell. Claim the company that is now his. The problem: he's now obsessed with Carrie, the daughter of the man he's destined to destroy.

Now who's captive to who? 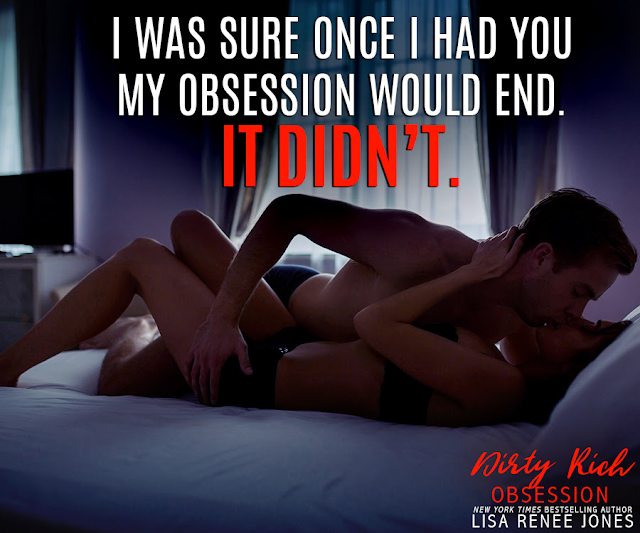