Shes got the guns ~ M.O.Mack 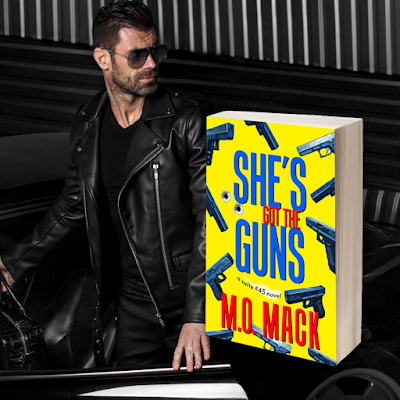 Emily will do anything to escape her new job, but will her HIT MAN boss let her go?
Limited time

What could possibly be worse than being beaten, broke, and on the run from a dangerous criminal? What if that criminal is your ex and works for the FBI?
Oh, and then there’s the tiny matter of landing a job. Not so easy for a girl on the run.Which is why when Emily Rockford gets a gig, answering the phone for a “pest control” company, she thinks her luck is turning.
Until…she discovers the business is a cover.
For hit men. A big, dangerous, deadly group of them.
It’s just about the last place Emily wants to be, but as she’s about to find out, once you’re in, you’re in. There is no out. There is no quitting.
Will she embrace the dangerous world she’s stumbled onto? Or will she find a way to outrun them all?

Posted by Night and Day Book Blog at 6:10 AM