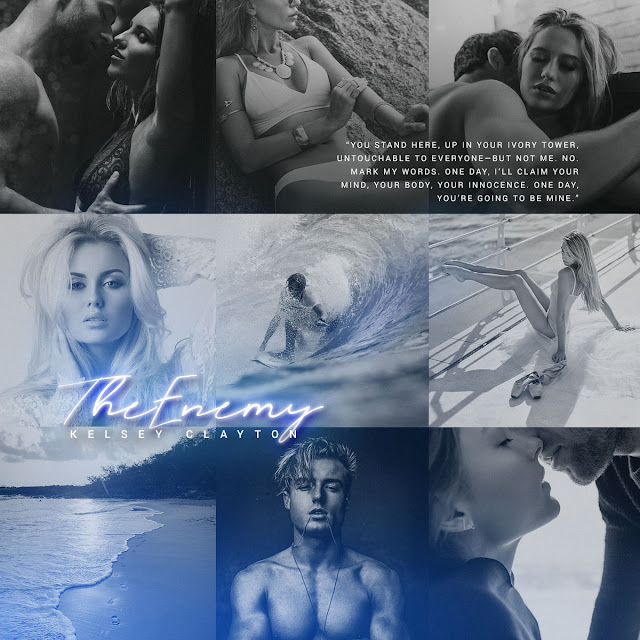 Kensington Bradwell doesn’t get told no often.
Not when he built an empire from the ground up.
Not when he became the most powerful man in North Haven.
And definitely not when he met my mother.

A picture-perfect relationship,
a happy family,
and twenty years of marriage—
all thrown away for a man with no morals.

Tearing him down won’t be easy,
but I won’t stop until his empire is in flames.
For my sister. For my father. For me.
I need to find a way to break him.

Lucky for me, the answer just fell into my lap.
Daddy’s little princess may be innocent in all of this,
but Lennon’s about to get caught in the crossfire of revenge.
Kelsey Clayton's The Enemy is #comingAug13th
☆ 𝗣𝗿𝗲𝗼𝗿𝗱𝗲𝗿 𝗧𝗵𝗲 𝗘𝗻𝗲𝗺𝘆 𝗧𝗢𝗗𝗔𝗬!☆
Amazon Universal: http://mybook.to/TheEnemy
GR: https://bit.ly/TheEnemy-GR

Posted by Night and Day Book Blog at 8:15 AM